← more from
Asthmatic Kitty Records
Get fresh music recommendations delivered to your inbox every Friday.
We've updated our Terms of Use. You can review the changes here. 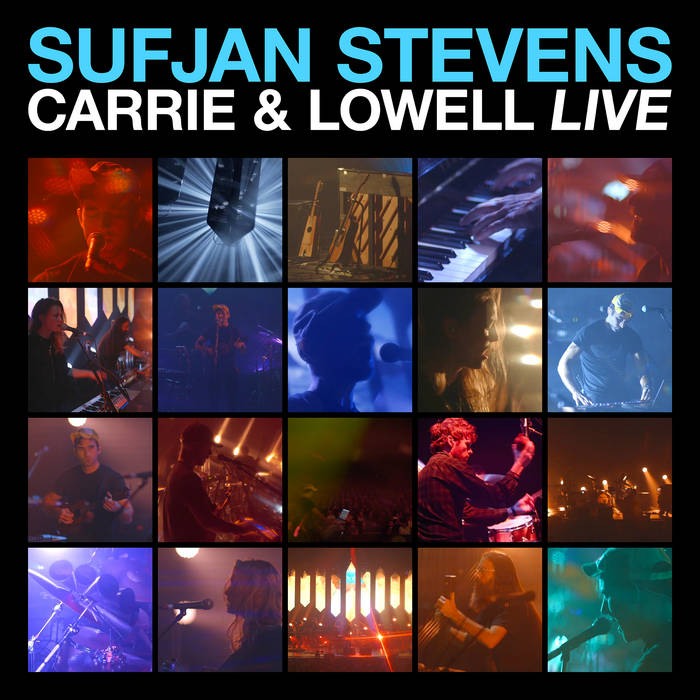 Zoe Steinbean the latter half of this song made my mind explode. there's bits everywhere. i love it. Favorite track: The Only Thing - Live.

muras One of the most personal live performances I've heard for a long time. All the emotion form the original album is there, and then some. Each time I listen I end up having to stop what I'm doing and just drift off into a mesmerised state of mind. And repeat listening rewards with little things I did't notice before. Lovely. Favorite track: Eugene - Live.
more...

Asthmatic Kitty Records is pleased to announce Carrie & Lowell Live, an audio and visual document of Sufjan’s November 9, 2015 performance at North Charleston Performing Arts Center in South Carolina. It is available on YouTube and Vimeo and as an audio download (and streaming) on most digital platforms starting April 28, 2017.

Released in March 2015, Carrie & Lowell is perhaps Sufjan’s bleakest album, tracing the songwriter’s struggle with grief and depression following the sudden death of his mother. To promote the album, Sufjan set out on an extensive worldwide tour, playing almost 100 concerts performing almost exclusively songs from the new record.

The show, which was designed by Marc Janowitz, incorporated an expansive lighting display and cathedral-like LED columns featuring home videos shot by Sufjan’s maternal grandfather, Nick Marabeas. Much of this vintage footage highlights family birthdays, graduations, and weddings of Carrie and her siblings from the late 1940s through the early 1970s, lending the performances the emotional arc of a memorial, celebrating Carrie’s life and meditating on her death with a sweeping transcendence that gave testament to Sufjan’s central thesis of mourning: that in spite of death, we must go on living in fullness and joy.

The live show featured many new interpretations, re-workings and expansions of the songs from Carrie & Lowell, itself a spare album. On stage, acoustic guitars, ukuleles, and piano were augmented by drums and percussion, electronics, and a motley of synthesizers to create an expansive sonic environment that moved from intimate to psychedelic without sacrificing the solemn nature of the material.

Carrie & Lowell Live was shot and produced by We Are Films, edited by Keith Bradshaw and Deborah Johnson, mixed by Casey Foubert, and mastered by TW Walsh.